Does high cholesterol mean I will have a heart attack?

Cholesterol gets a bad rap.

If you’ve ever had a ‘high cholesterol’ blood test result it’s likely you’ve also been told that a diet low in fat may help reduce your cholesterol levels and potentially reduce the risk of a heart attack. This can offer little comfort, particularly when that diet doesn’t make an ounce of difference. Then what? Drugs?

It’s impossible to make an informed decision when you don’t have a complete picture. But there is a way to get the complete picture – through a thorough analysis of your blood chemistry.

Read Brian’s story below and see how a thorough analysis of his blood chemistry enabled him to make more informed decisions, take the best course of action to improve his health and play a major role in reducing his risk of heart disease and diabetes. 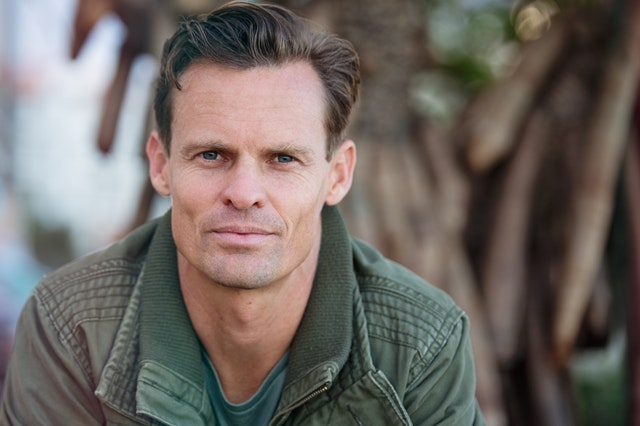 His father suffered a fatal heart attack at 53 which prompted his GP to do regular six monthly blood tests.

Recently he has felt fatigued, with headaches and joint pain. His past results have always been normal. He used these to justify his lifestyle, saying “I’m fine, my doctor said my bloods are good”.

Things changed following his most recent test. He was prescribed a statin for high cholesterol.

Brian’s wife did some Google research. She read about the dangers of statins and that high cholesterol is over-rated. She was already on a ketogenic diet and wanted him to do this.

He went back to the GP to ask more questions. He wanted to know if high cholesterol would cause weight gain, headaches, fatigue, and joint pain. He was told no, but he was at high risk for a heart attack and would need statins for the rest of his life. He was given the Heart Foundation website and told to follow their advice. This was a low-fat diet with lots of grains, fruit, and vegetables.

Brian told me he felt confused and frustrated by the conflicting advice. He was scared he would have a heart attack. He trusted his GP but after reading about the side effects of statins, he didn’t want to take drugs either. He came to me, with six-years of results to look at.

While the majority of his results were within normal ranges; many were not optimal. It was apparent that over the years his glucose control was getting worse. Brian completed more tests for inflammation, vitamins, minerals as well as fasting glucose and insulin. The results showed his high normal HbA1c was achieved with extremely high insulin levels. Elevated insulin over a long period has serious health consequences. We identified he was prediabetic, with inflammation, nutrient deficiencies, and iron overload. This would contribute to fatigue, weight gain, pain, and brain fog. These metabolic disorders may have contributed to the increase in cholesterol and triglycerides on his last test.

This information motivated Brian to make some lifestyle changes. He liked seeing what was going on inside his body. He stopped drinking and cut out all refined and processed food. While he could have done this without the tests, like most people, he finds change difficult without specific motivation. The testing helped take the guesswork out of it and enabled us to track the effectiveness of nutritional supplements.

Brian’s wife was still urging him to try the ketogenic diet, while his GP wanted him to take a statin. After learning more about cholesterol metabolism, he decided to complete an advanced lipid panel before making a decision about the diet and drugs.

The traditional tests used to measure cholesterol don’t provide enough information for those with a high risk of heart disease. These tests measure our total cholesterol and how much we have in our lipoprotein particles (LDL and HDL). Although we call this good or bad cholesterol, it is exactly the same stuff.

It is important to understand that cholesterol is so essential for health that most of our cells make what they need. Without cholesterol, we die.

Rather than worrying about how much cholesterol we have, what is more important is the number and size of the lipoprotein particles. Think of these as container ships circulating in your bloodstream, with cholesterol as the cargo. The risk of heart disease is affected by how many ships you have, not the amount of cargo they are carrying. This is called the particle number (LDL-P).

The job of LDL is to take the cholesterol to cells that need it. The HDL picks up excess cholesterol and return it to the liver. When our blood is congested with too many LDL particles, they crash into the artery wall causing damage (much like a cargo ship crashing through an iceberg). Traditional cholesterol testing does not tell you how many container ships you have.

When LDL particles are damaged by oxidation, they become and small and dense (sdLDL). It is believed that lots of sdLDL are associated with an increased risk of heart disease. Both the number and size of LDL are influenced by diet and lifestyle as well as genetics.

People with genetic cholesterol disorders make up about .25% of the population. They usually have very high amounts of LDL-cholesterol (>7.7 mmol/L). Anyone with these kinds of numbers should talk to their GP. However, there are many reasons cholesterol may be high, and this shouldn’t automatically be attributed to genetics.

How you manage your cholesterol depends on the underlying cause. There are some people for whom statins or other medications are essential. I understand why doctor’s get so frustrated with internet bloggers who refuse to acknowledge this. Statins do save lives when used appropriately.

On the other hand, it is common for doctors to prescribe statins, based on a single cholesterol test, without any further investigation. This is one of the reasons for so much anti-statin blogging. It is estimated that one life is saved for approximately every 100 who are taking a statin.

There are also some doctors who believe that the lower the cholesterol the better. While this may prevent a heart attack or stroke, other areas of health may be negatively affected. While the risk of a heart attack might decrease when cholesterol is low, the risk of dying from other causes increases. It is a complex subject and hotly debated.

Brian’s results came back discordant; that means he didn’t have very many container ships, but the ones he had were carrying lots of cargo. Routine blood tests cannot identify discordance.

For Brian, a lower carb diet is important to control blood sugar, reduce triglycerides and lower inflammation. Given that his father had an early heart attack, he should probably be careful with the kind of fat he eats. Olive and avocado oil as well as lots of omega-3 foods are shown to be beneficial and may help raise his HDL. Omega-6 fats that contribute to inflammation should be kept to a minimum.

There are some people who do very well on the added saturated fat in a ketogenic diet, but this is not ideal for everyone.

Brian made these changes for four months and then did some repeat tests. He was interested in the data. He had lost 10 kg and was feeling a lot better. His early tests indicated he was dehydrated and not digesting food very well. He was also low in B12 and Folate. He had a series of B12 injections and increased his vegetable intake. His results showed a huge improvement.

His triglycerides were within optimal ranges and the standard lipid panel showed a reduction in LDL-cholesterol with an increase in HDL-cholesterol, so his GP was happy. Liver function improved, CRP was optimal, and Homocysteine had reduced from 23 to 11.

There is still a way to go with this. The research shows that elevated Homocysteine is a stronger predictor of heart disease than cholesterol levels. Optimal levels are around 7 umol/L. People with high Homocysteine often have normal serum B12, but low cellular levels. A test called Methylmalonic Acid (MMA) can confirm this. Brian’s serum B12 had increased, but his MMA showed his cells were still deficient, so his GP has continued with the injections.

Brian’s story is not uncommon; however, it is a great example of how working together with your GP and a Functional Blood Chemistry Analyst can be useful.

Brian felt much more in control of his health, he could make informed decisions about which course of action to take and the fear he once had was gone – this was one of the greatest benefits.

If you’ve received test results that show high cholesterol and want to make more informed decisions about your next steps then contact me today for an analysis of your recent blood tests.

Got a question about cholesterol? Send it to me here.